User registration is disabled in this demo.

Please enter your username or email address. You will receive a link to create a new password via email.

Electronic visa in Russia valid for the entire territory of the Russia to almost half the world’s population since 2021. Visa liberalization is under way!

Starting from 2021 Russia will extend a maximally liberal entry regime to almost half the world’s population. Getting to Russia won’t require a paper visa!

As previously reported, from January 1, 2021 foreign citizens shall be entitled to apply for a single-entry electronic visa valid for the entire territory of the Russian Federation. The applicant is to receive it no later than 4 calendar days from the date of application, submitted on the website of the Ministry of Foreign Affairs of Russia and will be able to use it for travel to Russia within the next 60 days. In this case, the duration of the trip itself may not exceed 16 days.

Such an opportunity will be provided to the citizens of those foreign states that will be included in the list, approved by the Government of the Russian Federation. We would like to remind you that the possibility of obtaining an electronic visa to enter the pilot zone of the project (Far Eastern Federal District, Kaliningrad Region, as well as St. Petersburg and Leningrad Region) is available to citizens of 53 foreign countries, including EU member states, China, Japan, India, Turkey, etc.

The cost of such а visa will not exceed 50 US dollars.

In addition, we reiterate that citizens of 60 foreign countries have the opportunity (temporarily restrictive measures, introduced due to the epidemiological situation, are not taken into consideration) to enter Russia without visas in virtue of the provisions of bilateral international treaties.

Bearing in mind that the list of states whose citizens will be entitled to use a single electronic visa will be drawn up in a similar way as that for the pilot project was done, 2021 will see the establishment in Russia of the most liberal entry regime, extended to almost 4 billion foreign nationals. Thus, ½ of the world’s population will be able to visit Russia without applying for a paper visa.

Proceeding from the methodology of the World Tourism Organization, which is used to calculate the so-called «visa openness index», the corresponding indicator for Russia will be 37.5.

Sourse of Electronic visa in Russia : Consular Department of the Ministry of Foreign Affairs of the Russian Federation
To read article in Russian 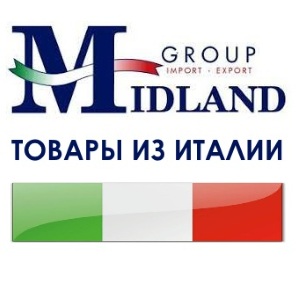